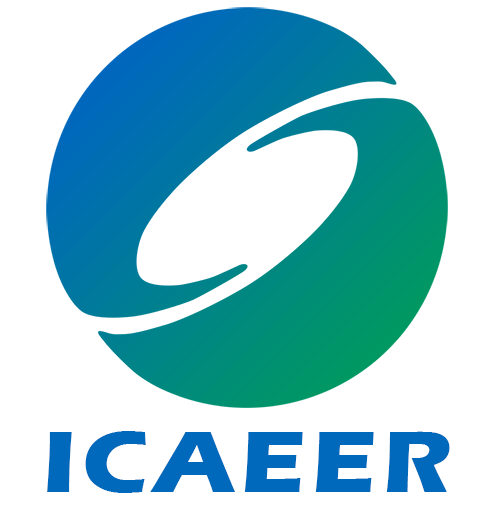 Experience: Hazlie Mokhlis is a Professor in Power & Energy Systems. He is actively involved in research as a principal investigator with a total amount of research grant worth more than RM 2.5 million. He is the author and co-author of more than 300 publications in international journals and proceedings. Up to now, he had successfully supervised 33 PhD and more than 60 Master Studenst. He is also active as reviewer for many reputable journals and several international conferences in the area of power and energy system. His outstanding research had been recognized by Stanford University in 2020 and 2021 as one of the top 2% scientists in the world. In 2021 he was awarded Top Research Scientist Malaysia by Academic Science Malaysia. Besides research, he is also active in the development of Malaysian Standard as a member of Working Group in Development of Malaysian's Power System Analysis and Studies (WG6) and Expert Representative in IEC for project TC 8/PT 62786. Prof Hazlie is a Chartered Engineer with the Engineering Council UK and a Professional Engineer with the Board of Engineers Malaysia. He is also an external examiner/assessor for many local universities for the Electrical Engineering programme. Currently, he is chairman of IEEE Power Energy Society, Malaysia Chapter for 2020-2022 and Associate Editor for IEEE Access journal. His research is focusing on improving the efficiency and resiliency of power system operation.

Abstract: Climate changes due to high pollution had triggered extreme weather events. Hurricanes, floods, and earthquakes have become common threats nowadays. Extreme weather events not only cause loss of human life and impact economics but also significantly damage various crucial infrastructures such as electrical supply, water and gas supply, healthcare, communication as well as transportation systems. Among these critical infrastructures, the electricity supply system, which is referred to as the power system, is one of the most crucial infrastructures in this modern day. Failure of this system will disrupt the functionality of every other infrastructure. For instance, failure in electricity supply at a hospital may result in loss of human life. Realizing the importance of the electricity supply system, remarkable efforts are continuously made by power utilities and researchers to achieve a resilient electrical supply system. The aim is to ensure the system can resist sudden changes and quickly recover after the occurrence of catastrophic events so that electricity can be supplied as maximum as possible. A distribution system has great potential for resiliency improvement in a power system. This talk will discuss the impacts of climate change on the world and on the performance of the electricity supply system. An overview of the current climate conditions that lead to catastrophic events will be presented to show the importance of making a reliable and resilient electrical supply system. Some examples of research in making a resilient system against extreme weather will also be presented.

Title: Towards to Form High Efficiency Power and Energy Grids with HTS Technology

Abstract: Superconductors especially high Tc superconductors (HTSs) provide opportunities for developing new concept power devices and forming revolutionary power and energy systems in electric power and green energy fields. This talk will present principles and technical details from HTS material science to HTS power devices and then HTS power and energy systems, coving the principle, device designs, systems, and practical applications. Possibility, advantages and benefits by using the HTSs will be evaluated through the analysis both in principle and practical applications.

There are various HTS power devices which have been developed either in theoretical designs or practical prototypes almost in the whole range of power systems, from cables, generators, current limiters, transformers, energy storages, energy pipelines, etc. HTS materials and their power devices can be utilized to form a high efficient power and energy system. Theoretical modeling, device characteristic, research status and application prospect of technology towards electrical power system stability, efficiency and energy management capability especially in forming future smart grids will be also presented and analyzed. This talk then presents the concept of future HTS smart grids, as well as the new concept of a HTS energy grid, with the design and characterization analysis of the HTS power devices and systems based on HTSs and their device application technology development.

Abstract: The capacity of installed converter-based distributed generators (DGs) and renewable energy sources (RESs) over the world is rapidly growing; and this increases the significance of grid-connected converters (GCCs) that interface the primary power sources to the grid. It is well known that the quality of control and functions of these power converters in different operation modes significantly affects the grid dynamic performance.

Moreover, the increasing penetration of converter-interfaced RESs and the control flexibility of GCCs motivate the use of these converters to develop additional ancillary services to control undesired system dynamics in the power grids. Moreover, appropriate control of GCCs has the potential to offset the intermittent nature of distributed energy resources and provide control support to the host utility during abnormal conditions. To this end, in the present speech, some new trends in GCCs modeling, control, and new functionalities in the visualization of virtual dynamics will be discussed.

Title: Mapping from Density of States to Energy Band-gap for Effective Screening of Bismuth-based Photocatalysts

Experience: Han Sheng, Ph. D., Professor, Doctoral tutor, Director of Science and Technology of Shanghai Institute of Technology. He has won more than 10 honors at the provincial and ministerial level and above, such as the National Project for Millions of Talents, “Hou Debang” Chemical Technology Innovation Award, Shanghai's leading talents, Shanghai Outstanding Technology Leader. Also, Prof. Han is the invited editor of many domestic and foreign journals, such as Fine Petrochemicals, Materials Herald, Chinese Chemical Letters.Prof. Han has presided over more than 70 horizontal and vertical projects, such as the National Natural Science Foundation Project, Shanghai Talent Development Fund, Shuguang Project. Published more than 290 research papers in Adv. Mater, Adv. Funct. Mate, Angew. Chem. Int. Ed, Small, Green Chem., Appl. energy, Fuel and other domestic and foreign journals as the first or corresponding author, 13 papers with high ESI citations. For another, Prof. Han has won more than 20 awards at the provincial and ministerial level and above, such as the first prize of China's invention and entrepreneurship achievements (2018), the second prize of Shanghai Science and Technology Progress Award (2015/2017/2020), the China Industry-University-Research Innovation Award (2020)).

Dr. Rohitha Weerasinghe, University of the West of England, England

Experience: Rohitha Weerasinghe, A member of the combustion group at Imperial College London where he obtained his PhD after reading in turbulent reacting flows in gas turbine combustion. Upon returning to Sri Lanka he conducted research in combustion in stoves and electric and hybrid vehicles. His solar assisted electric car project won the National Transport award in 2003 and was the first of the kind in Sri Lanka and was presented in Japan at the JSAE conference. He then joined University of Sussex carrying out research in hybrid powertrains and heat recovery bottoming cycles. He published his research regularly and was a member of the SAE hybrid powertrains committee. Since then he worked in the industry as an energy specialist where he devised energy strategies large commercial projects. In 2012 he joined UWE where he conducts research in heat transfer in downhole measuring equipment. He has made publications in this area and currently working on hybrid powertrain concept for river boats and marine applications.

Abstract: Power plants, renewable or conventional are the heart of the infrastructure of modern civilisation. A disruption in energy production impacts all aspects of society from healthcare to national security. In the modern word disruption of a country’s power is used as a destructive weapon. Conventionally, power plant security only involved physically protecting facilities and generating equipment. Computer control of the power industry has made it extremely challenging to maintain power plant security. The use of IoT devices has widely complicated the security landscape. Each device provides an entry point into the network making security compromised.

Conventional power plants are located only at a single or a few locations making them easier to security controlled physically. However, when renewable energy devices come into the picture, the feeding points are very widely distributed, for example wind turbines or solar power plants. Each wind turbine or a solar installation is an entry point to the national grid making the infrastructure vulnerable.

Access authentication, patch testing, implementation, and user education are vital parts of security. The present work looks at the modes and cost implications of security breaches in power plants, especially renewable energy powerplants. There is a significant shift in the security landscape when renewable energy sources are connected to the grid, making everything all more vulnerable and making the infrastructure cost and the cost of disruption significantly higher.

My current research focuses on:

High aerodynamic performance and lightweight design are of fundamental importance in offshore wind turbine with lower Reynolds number, and are the well-established subjects of scientific investigation that attracts great interest of the mechanics community. Indeed, there are a very rich variety of singular or nonlinear phenomena in aerodynamics with lower Reynolds number, for example, flow separation, stall, breaking of separation bubble etc. Roughly speaking, such kind of singular phenomena can be considered as extreme events, and they may be natural or anthropogenic as the parameters are beyond the critical values. There exist some physical meanings in them, and scientists try to understand what lead to extreme events, how they develop, and when and where they could occur, since there exist relationships between singularities and aerodynamic performance.

For example, the breaking of separation bubble is the main route to vortex shedding, which is a complex unsteady flow. More, it has an important influence on the aerodynamic performance near stall. Recently, experiments show that some kind separation bubbles and their breakings, which are induced by some unsteady perturbations or excitations, can lead to the improvement of the aerodynamic performance in a sense. For such kind of singular phenomena, the dynamic behaviors, such as mass and momentum transfer, play important role in their formations.

For complex unsteady flow, the traditional Eulerian description is no longer available to describe such dynamics, which is related to mass and momentum transfers. To this end, Lagrangian Coherent Structures (LCSs) are used to describe the Lagrangian dynamics, and the Lagrangian patterns, which are inherent following their definitions, is captured. More, LCS is used to study the modes in such complex flow, in order to find the fundamental modes which dominant the flow pattern and aerodynamic performance. Also, the mode jumping or mode transition and internal resonance between modes can be studied further.

In the presentation, Lagrangian Coherent Structures are introduced firstly, and then some typical singular behaviors in the flow around airfoil are studied using LCSs. In particular, the bifurcations or instabilities of flow structure or LCSs patterns are analyzed numerically, as well the relationships between singularities and aerodynamic performance.

Similarly, there exist some nonlinear phenomena in aeroelasticity or fluid-structure interaction, such as nonlinear energy sink (NES) and targeted energy transfer (TET), and lightweight design could be carried out as gaining the key understanding of the nonlinear phenomena. In the presentation, NES and TET are explained in detail, and some examples are given.

As a conclusion, the results show that LCSs presented is powerful for the analysis of the complicated flows around airfoil, and some nonlinear phenomena can be captured and analyzed by the method. Further, the aerodynamic performance can be improved feasibly by controlling or modifying the LCSs or fundamental modes. Moreover, lightweight design of offshore wind turbine can be reached as NES and TET are introduced.